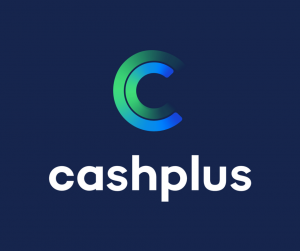 The UK bank challenger, Cashplus, has revealed that they will allow their customers to prohibit the use of credit cards on gambling transactions.

It comes after a number of British banks have implemented similar measures in a bid to help curb the growing issue of problem gambling.

The UK government has flirted with the idea of an outright ban on credit card gambling transactions in recent months and an ongoing United Kingdom Gambling Commission (UKGC) consultation is looking into the links between credit card use and problem gambling.

But what could an outright credit card ban mean for casino bonuses? This is the question we will explore in this post.

Many banks have already taken measures towards restricting payments with credit cards on online gambling. Back in December 2018, Barclays became the first major bank to implement measures.

Earlier in the year, Santander, Lloyds and the Royal Bank of Scotland all announced that they will allow their customers to block transactions to gambling websites on their debit cards.

Cashplus is the latest bank to announce that they will offer their customers the option to block gambling transactions.

Under the new plans, customers of the challenger bank will have a one-click option on the bank’s apps and on its websites to prohibit transactions to online casinos, sports betting sites and other providers of gambling services.

Anti-gambling campaigners have been quick to praise Cashplus’s decision, believing that improved banking systems with more options could be invaluable in helping those with gambling problems to control their spending.

What Could a Credit Card Ban Mean for Casino Bonuses? 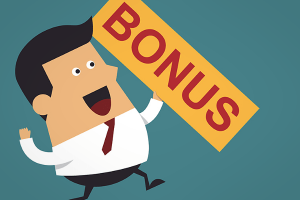 Will Bonuses Not Be Offered Anymore?

Currently, it is quite common for credit cards to be the only accepted payment method which goes towards fulfilling depositing requirements with bonuses.

With that being said, we can say with almost 100% certainty that bonuses will not become a thing of past.

Bonuses are one of the essentials for online gamblers and we cannot imagine that a credit card ban will mean that casinos will stop offering bonuses. A ban on bonuses sounds like a recipe for ruin for operators in our eyes.

The most likely scenario in the event of credit cards being banned is that casinos will begin to accept more payment methods to go towards bonuses, particularly e-wallet payments such as Skrill, Neteller and PayPal, which are often currently excluded.

Will Bonuses Change in Any Way?

Again, we think it’s highly unlikely that the content and nature of bonuses will change should a credit card ban come into effect.

It could be possible that depositing limits will be imposed, but this would affect online gambling more generally, not solely bonuses.

In terms of what the bonuses actually offer, we don’t think there would be any major changes. We suspect that the bonus landscape would remain largely unchanged, even if a credit card ban came into effect.

The Link Between Problem Gambling and Credit Cards

Problem gambling is one of the biggest issues facing the UK online gambling industry and many believe that credit card use is a leading contributor to gambling problems.

As much as £8.6 billion pounds is spent on gambling with credit cards every year. Campaigners say that a ban on credit card use in gambling is long overdue.

Gambling with Lives, a group which represents families bereaved by gambling-related suicide believes more needs to be done to tackle credit card payments.

The group said: “The facilitation of gambling by credit offered by banks requires stricter control and action on this is crucial.”

Many MPs have also commented about the need to reassess gambling with credit cards. Labour MP, Carolyn Harris, said:

“The fact you’re allowed to use credit cards to gamble is appalling. I have spoken to so many people who have used card after card to fuel their addictions. The fact it’s that easy for people to destroy their lives is utterly unbelievable.”

“All businesses with connections to gambling – be that bookmakers, social media platforms or banks – must be socially responsible… we should ask if it is right that people should be able to gamble on credit and this is an area the Gambling Commission are going to look into.”

The UKGC opened a consultation towards the end of February looking into credit cards and online gambling.

The UKGC are consulting with gambling companies, stakeholders and the general public. The UKGC believe that a ban on gambling with credit is one potential way of preventing problems stemming which stem from gambling.

An outright ban on credit card use in online gambling is a possibility and many government figures support the implementation of a credit card ban.

GambleAware also stated at the end of 2018 that they would support such a ban.

A ban on credit card gambling payments is a real possibility, that much is true.

However, if an outright ban on credit cards comes into effect, we don’t think this will have much impact on the bonuses we love.

Operators may need to make adjustments but for players, we suspect the content of bonuses will remain largely unchanged.

Gambling operators know the value of bonuses and the benefit and custom they can bring. Any moves which seriously affected the nature of bonuses would be madness.

Relax, bonuses are here to stay.

"Cashplus Announces Ban on Credit Card Gambling Transactions" was published on 13th March 2019 , posted in Feature and was tagged .The post was written by Kristoffer