In case you missed it, Swedish software developer NetEnt have released their Q3 road map recently. We took a look and we have to say we’re bloody excited by the amount of varied slots that are coming out over the next few months. In June alone, we have Butterfly Staxx released on the 21st which looks to be a fun and interesting game for players to sink their teeth into.

First in the line-up of the Q3 release, however, is Universal Monsters: Phantom of Opera, released on 24th July. Yes, the Phantom of the Opera which we can only assume will be the first in a new series of slots. But what does this first installment have to offer? Read on to find out more. 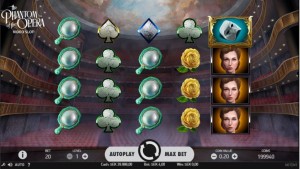 So, yes, this slot will be based on a classic horror movie, which in turn was based on that old French novel about a “phantom” haunting an Parisian opera house. You might recognise it more based on the Andrew Lloyd-Webber musical, but this specific NetEnt slot is based off the Universal classic. You can expect a lot of melodrama, romance and scares once this slot comes along in late July.

But what are its core features? There are, as is typical with any NetEnt slot, lots of them so here they all are presented in a list:

As you can see, this slot is a symbol-focused game that relies on gaining the right combinations to win extra spins and plenty of opportunities to increase your winnings without having to spend much money. The RTP is average but still pretty high. The most unique features are the sticky wilds/Masked Phantom re-spins and the Pick and Click bonus games. Though these kinds of bonus games already exist, we expect it to be branded in spectacular style to fit with the movie’s look and atmosphere. 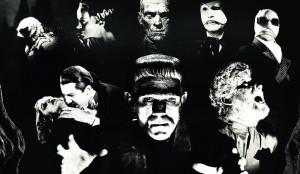 So, if you’ve been living under a rock for the last…. forever, then you might not know what Universal is. Universal are a film distribution company that are particularly well known for their monster movies which they made back in the early 20th Century (predominantly between the 1920s and 1950s). These movies included Frankenstein, Dracula, The Mummy and, of course, Phantom of the Opera. These movies have gained a classic status for a reason as they are timeless stories that people of all ages enjoy and served as a precursor to modern cinema, in particular the horror genre.

The fact that NetEnt now appear to be making a slot series out of these films is exciting but also a little troubling. What with Fairy Tale Legends, it seems that NetEnt are too eager to set up new slot series but could end up overworking themselves and not going anywhere with them. We’re sure that they know what they’re doing, and they’ll make good slots regardless, but we’re a little worried they might waste loads of money on something that might not even pay off in the end.

In any case, you can find other NetEnt slots right here at Fortune Frenzy. Titles like Starburst, Gonzo’s Quest and Spinata Grande are all accessible at the edge of your fingertips. Each of their slots feels fresh and new and some even change the game slightly by fiddling with the game mechanics to give us a totally new experience.

With Aloha! Cluster Pays, for example, you win by gaining a cluster of symbols (as the name implies) instead of a row. With Spinata Grande, you have a 5×4 reel with the opportunity to collect colossal symbols which guarantee you a win.

As for the rest of the Q3 lineup, they as well as Phantom of the Opera will be available at Fortune Frenzy as soon as they are released and we’ll be sure to let you know about them closer to the time. Meanwhile, why don’t you join Fortune Frenzy and take part in some of our fantastic promotion schemes as well as play our fantastic range of games? We promise, you won’t be disappointed!

"NetEnt Reveals Universal Monsters: Phantom Of The Opera Slot" was published on 7th June 2017 , posted in Gambling News and was tagged .The post was written by Kristoffer